How to trace roof outlines and specify new buildings

Written by Austin Cave
Updated over a week ago

What is a Roof Outline and why is it important?

Roof Outlines encompass the whole building and all the roof faces that make up the building. This also might be called the “gutter line” or “building footprint”. This is used to calculate the Least Horizontal Dimension of the building, which is critical to produce a complete permit package.

First, select the Roof Outline Tool from the toolbar on the left.

Next, click on the canvas and mark each corner of the roof outline or put another way- trace the entire building. Finish tracing by clicking on the initial point. 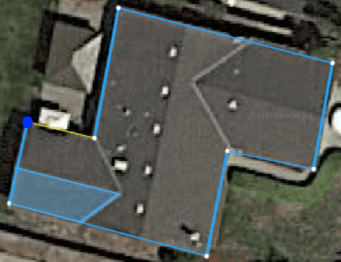 Tying the Trace To A Building

After the roof outline is traced, we’ll need to specify what building this outline is associated with. We will either

If creating a new building, specify: 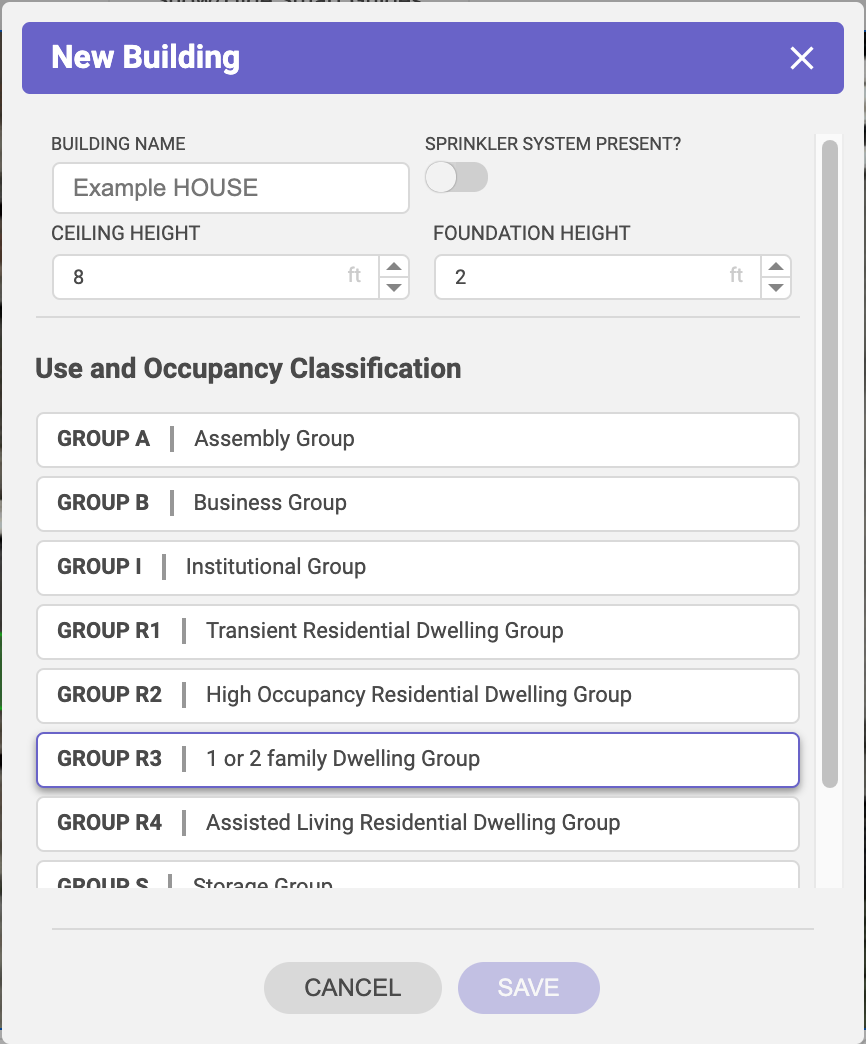 Building names can be edited from their originally specified name by choosing the Select Tool then look to the properties panel which will now show the previously drawn buildings and roofs. Double click on any name to edit it. 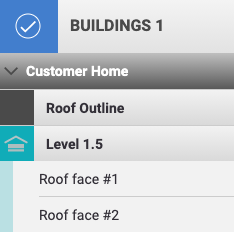 Lets use a real world example, below is a home that does not have orthographic imagery (in this case, the building has a small amount of orthographic skew because we can see the eastern side of the building- if it wasn't skewed, we would only see the top-down view). If we were installing solar on the center home then here's how we'd compensate for the non-orthographic imagery. 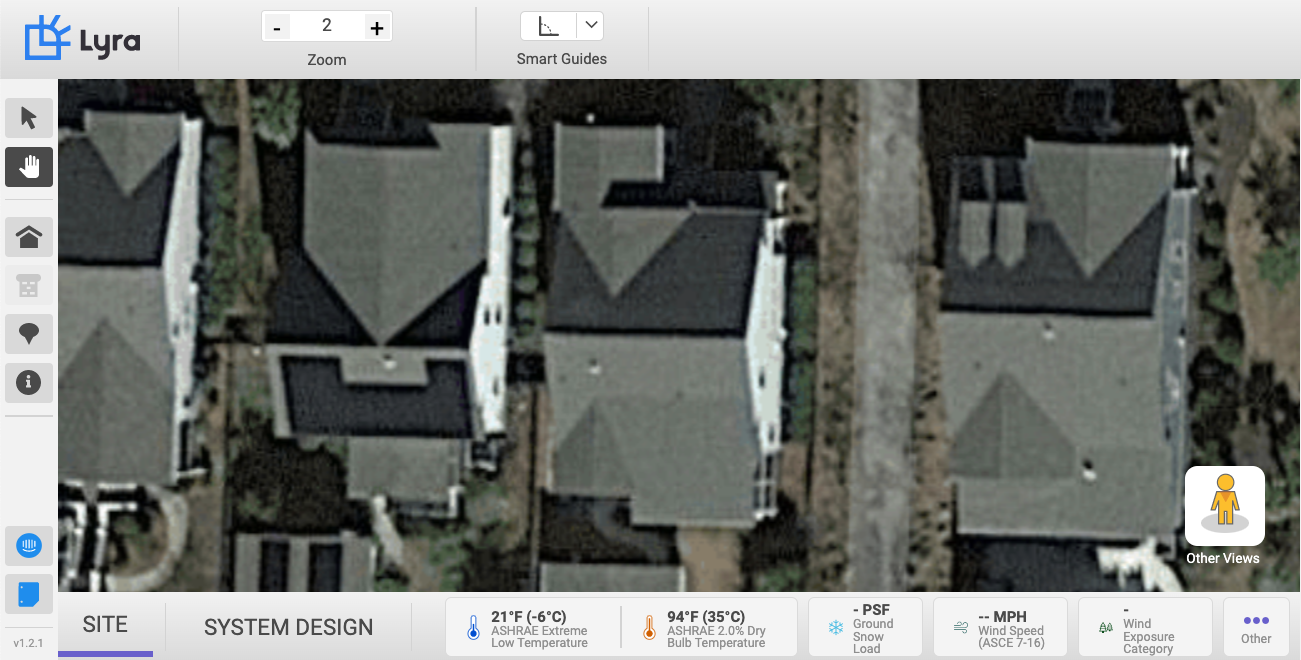 To help offset the skew, we'll begin tracing the Roof Outline by starting with one of the more 'open' corners of the building. Ideally a corner that shows where the roof begins (in this case, the eastern corners are better suited). If we were to select the western side of the home in this example we cannot tell how much the skew is shifting the roof edge to the west, whereas on the eastern side we can see where the transition from wall to roof occurs. 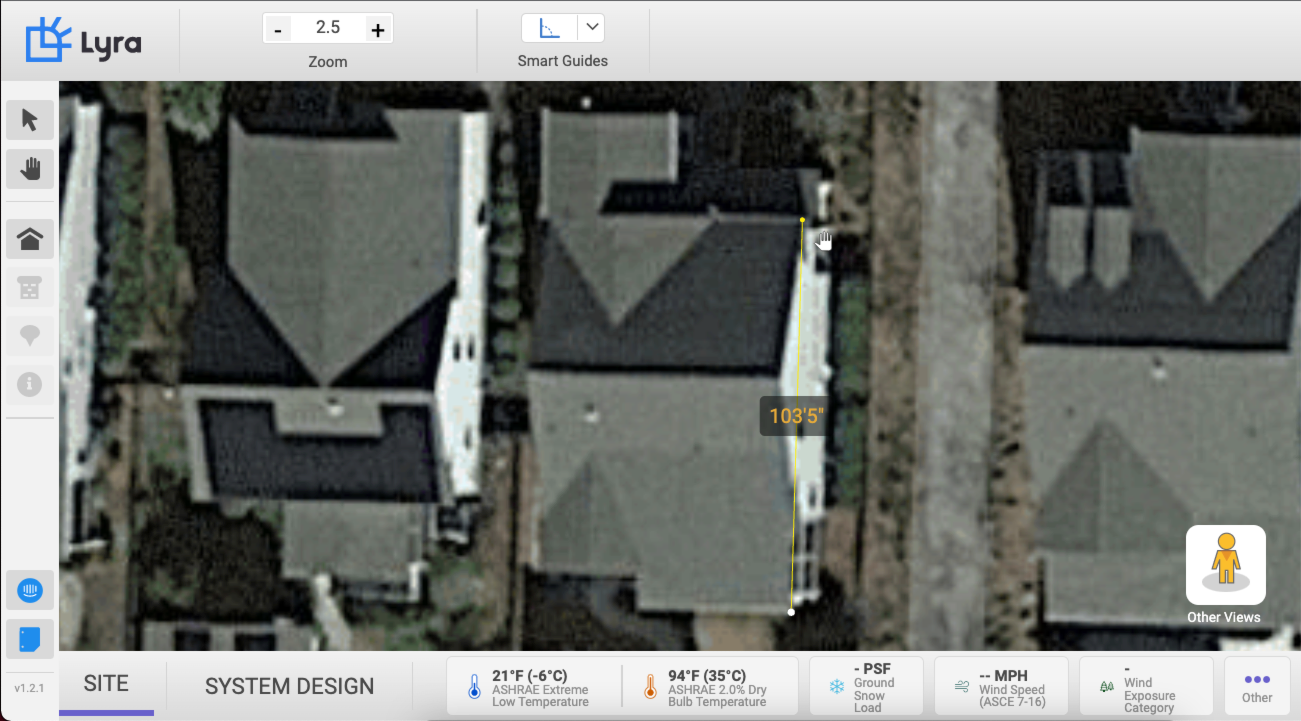 Continue tracing the Roof Outline to the best of your ability and use Smart Guides to make the process easier. When we get to the side with the most skew (the eastern side in this example) we'll use the Parallel Lines Smart Guide to match tracing from a non-skewed area. You'll notice the the ridge in this photo does not match what we previously traced. This is the correct way to account for the skew. 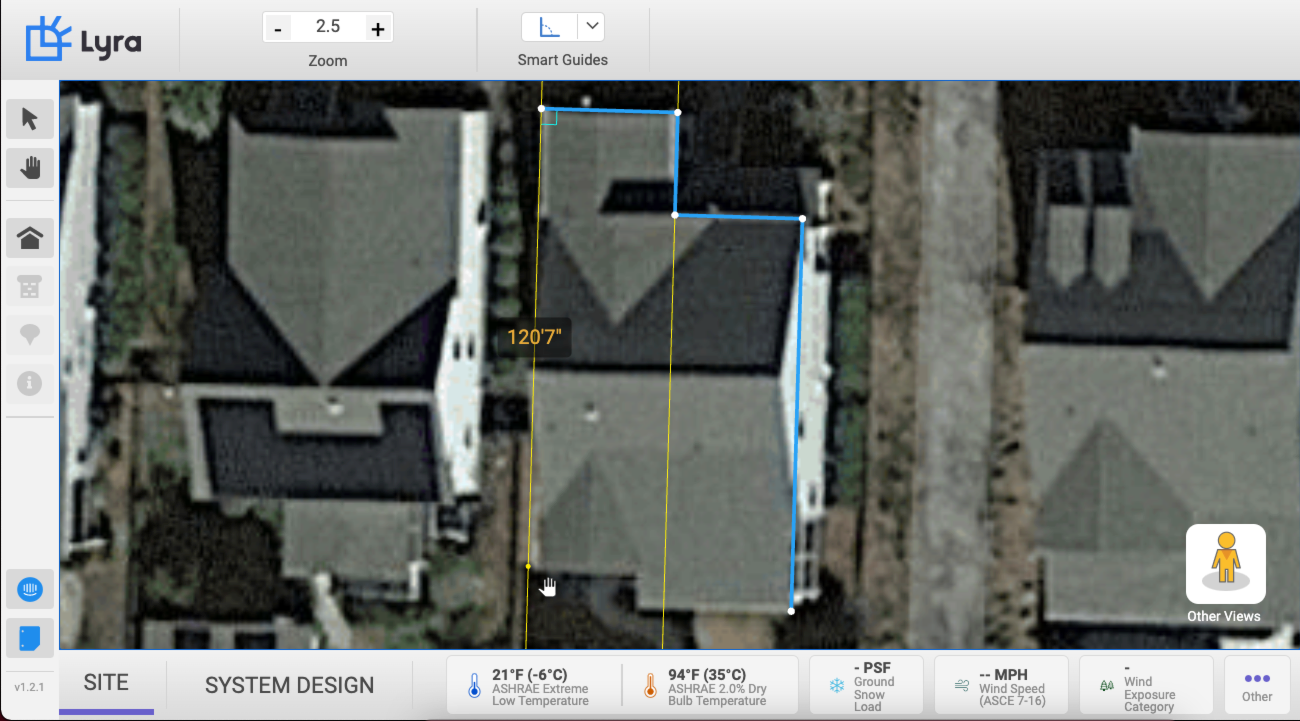 When the time comes to trace an individual roof face we'll use the Roof Outline trace we just completed as our "anchor." Notice that again in the example below the ridge shown in the imagery varies slightly from our tracing in Lyra. If we were to match the aerial imagery it would be skewed and inaccurate, just as the imagery is but by matching it to the Roof Outline trace we've accounted for and negated the skew. 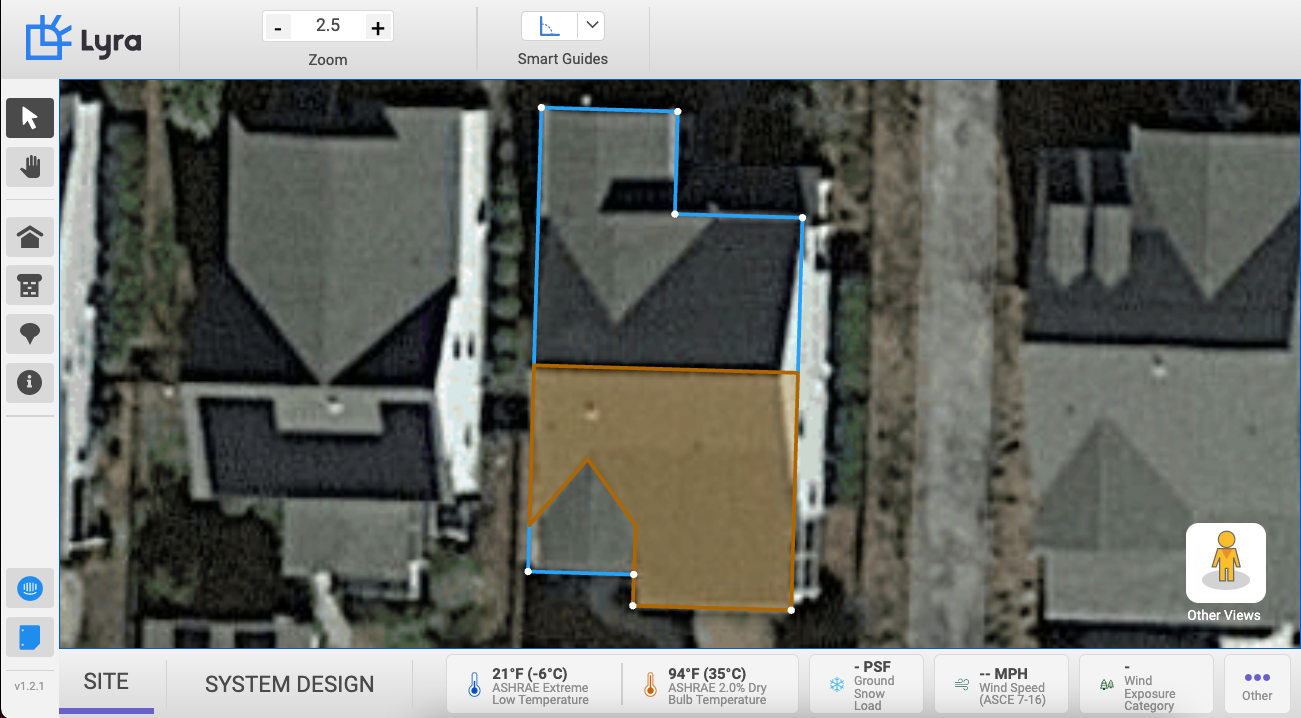 Continue on to trace roof faces, add obstructions, or define other aspects of the site before moving on to System Design such as Adding Site Equipment, Complete Weather Data, and Complete Site Info.

Did this answer your question?